About to pay out big bucks to emigrate to Christchurch, NZ to help out with the rebuild?

Wait. Before you do, did you know that there really isn’t much of a rebuild going on, and what there is is painfully slow. That’s deliberate, the process is rumoured to be dragged out for at least the next 10 years so as to provide a fillip to the NZ economy.

It’s been three years since the earthquake and the rebuild has been painfully protracted, not a good look for a supposedly first world country and a living nightmare for people living in damaged homes. Maybe New Zealand should follow the examples set by Chile?

Some of those surveyed called for Cera to be axed and for an independent board to be set up to replace it.

The interim research results were leaked to The Press after the NZCID presented the findings to its members this month.

The procurement and prioritisation of anchor projects, investment strategy and the lack of alignment between the council and the Crown were among the most heavily criticised aspects in the report.

The survey, carried out in February and March, showed the performance of the region’s recovery agencies had slumped since a similar survey last year.

When asked about leadership, just under 80 per cent of respondents described it as weak or very weak.

The biggest criticism was the alignment between central and local Government, which 40 per cent of respondents said was very weak and another 35 per cent said was weak.

You can read the full report here.

This poster on r/newzealand made a very salient observation about the article. The reaction it received shows how people’s perceptions have become distorted.

“I think what he said is quite accurate and sums up the dismal city. It was a faux English nasty in a backward colony that always managed to surprise with its shitty borrowed class politics and narrow minded, one-eyed community dialogues. The earthquake may be the first of many if there is any justice or natural determinant for being same.”

A report by global insurance broker and risk management company Marsh has criticized insurance companies in the Christchurch market for being among the world’s slowest to respond to disaster.

Incredibly after major earthquakes in Chile, Japan and New Zealand most claims were settled in Chile within 12 months – by comparison in Christchurch only 16 % were closed within 12 months and 32% within 18. Three years after the Canterbury earthquake insuance claims are still dragging on with many still outstanding in the city of Christchurch… more

Long  suffering and angry homeowners, messed about for the last three years are deeply unhappy. Not only are they making heaps of complaints about shoddy work they’ve also been taking repair workers hostage and threatening them with knives and machetes

One contractor, who spoke on condition of anonymity because of an agreement with Fletcher EQR, said there were regular reports of homeowners who were treated badly, but there was little in the public spotlight about the other side of the story.

Some of his 40 employees had been locked in rooms and threatened with knives and machetes.

Fletcher EQR spends thousands of dollars on extra security to protect its 700 staff from threats and verbal abuse from homeowners.

In March, a New Brighton man flung a fire extinguisher at contractors after his “living hell” dealing with earthquake authorities.

EQC had also fielded death threats. One person had said they would go up to an EQC facility with a gun and shoot someone…

“There is something about dealing with these earthquake issues that turns people into raving shouting lunatics,”… more

6 thoughts on “Christchurch Rebuild is “Hampered by NZ Government” – updated” 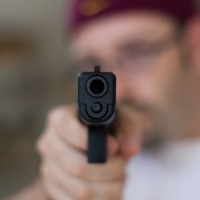