Many people who emigrate to New Zealand only manage to stay for a few years before moving on, either back to their places of origin or to other countries.

Despite the data given in the misleading ‘satisfaction’ surveys a high proportion of immigrants do leave New Zealand after a few years.

To complement our migrant tales about the immigration experience in New Zealand we thought it would be useful to have some first hand stories of what it’s like to leave New Zealand, taken from locations around the net.

This one was found on ExpatExposed.com,  the only not-for-profit and uncensored NZ immigration forum, where people are free to talk about what it’s really like to live and work in New Zealand.

This story has also been published recently on the Japanese forum The Gaijin Pot. It tells of a female migrant’s protracted stay in New Zealand, the bullying and depression that was endured and of how she and her children won refuge eventually in what must have seemed the most unlikely of places – the Arabian Gulf:

“It took me 16 years to “work my way out” of NZ. I got out one year ago next week. Had I known that this website existed, I would have had a MUCH easier time of it. I always thought and was lead to believe (by Kiwis) that it was me or it was my children’s fault. Sick, sick society…..shame on you. Those were the worst years of my life, as I came to see that I would never be accepted or understood simply because I hadn’t been born there attended the same kindy everyone else had or hadn’t whakapapa and the name of a whaka to give me the right to be a New Zealander.

No mater what I did to fit in or change myself….. I tried to change myself because I thought it was me who needed to change. Then the slow rot of reality and resulting depression as I saw the hopelessness of my situation. Years of hopelessness and feeling I was just waiting to die. Seriously. I was just waiting for it all to end. And then, about 2 years ago, I realized after each month went by that it was soon going to become impossible for me to afford electricity and food for my family, petrol to get to work, rates on the house and the mortgage payment. I worked out I couldn’t afford to subdivide my property, couldn’t sell my house, couldn’t drive 12 hr. shifts in a truck(I’m a 56 year old solo mum by the way), and had to do something quicksmart , or else.

It took me 10 months to get into a job in the Arabian Gulf and get me and my sons out of there. Those months were appalling, hard and gave me so much gray hair and we flew out on a wing and a prayer that this job would work out to be Ok. But it’s been very, very worth it. We are sooooooo much happier here in a Muslim country where the people at least show you some courtesy and respect and, though an entirely different and very strange culture, are ten times nicer than the “friendly” folks in NZ.

My sons hate New Zealand and say they will never go back. I will have to decide at some point what to do about my ’stuff’ there but, if I can swing a way to avoid it, I will find another place to go before I die. I will do my best to stay hereabouts as long as I can manage. We are lucky I know, but we worked hard and suffered to get out. I can only wish for all of you who want to leave that it will work out for you. Honestly, I knew it was bad when we were there but it wasn’t until we got out that it hit me, what a nightmare. I always tell people here my story and they look at me in amazement….. They can’t believe it.

As for you guys who love it there, good onya mate. Aren’t you the lucky ones, eh? Give yourself a congratulatory pat on the back and smile a self-satisfied smile…… but never overlook, downplay or belittle another person’s pain because some day it will come around and bite you big-time on the a**. I promise you… mate.

And as for you delightful Kiwi trolls who visit this site and argue that all this just didn’t happen and we are all a big bunch of girl’s blouses…well (insert bad word) you. It happened to me and to my babies who had to spend 15 yrs. of their life in constant sadness and depression, bullied and abused by your nasty little sods of children and their teachers.”

2 thoughts on “Refuge From NZ Found In A Muslim Country” 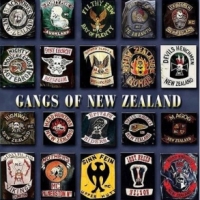 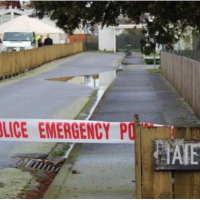