A reader in Australia has informed us that another Australian has died in Queensland from a Kiwi ‘coward punch’.

The team at E2NZ.org would like to convey our deepest condolences to Mr Duroux’s family and community for their tragic loss.

Grandfather Trevor Duroux spent ten days fighting for his life as he lay in a coma at the Gold Coast University Hospital. He died from a single punch to the back of his head, inflicted on Marine Parade about 2am on December 2015. Mr Duroux, ever the good Samaritan, was attacked when he tried to break up a fight outside a hotel in Coolangatta, Queensland.

Tristan Heather, an 18-year-old New Zealand national, is charged with the crime (source). The Kiwi youth was originally charged with GBH but that was upgraded to unlawful striking causing death. Heather had only been in Australia a few days, he’d just turned 18 and was celebrating his birthday with family when the incident occurred.

Trevor Duroux was allegedly punched in the head outside the Coolangatta Hotel on December 4 and fell to the ground, hitting his head. Eighteen-year-old Tristan Heather’s grievous bodily harm charge was upgraded to unlawful striking causing death following Mr Duroux’s passing….

Tristan Heather went out in Coolangatta to celebrate his 18th birthday with his family, but he ended up in a jail cell facing Queensland’s tough new “one punch” charge. source

Duroux’s aunty said the family had suffered too much heartache. “Trevor’s partner was sick a few years ago and he looked after her the entire time — never left her side,”

“It showed what a caring man he was but now after this his kids will have to continue on without a mum or a dad. “We want justice for this – we want who did this in jail and the correct procedures to take place.”

Aunty Dolly Jerome was also by Trevor’s bedside and said this was something the family would never get over. “From this there is a massive ripple effect and it’s not going to end — it will just get bigger and bigger,” she said.

“The family is very close — all his cousins were like siblings and all his aunties like mothers.

“It is just so unfair — something you never think will happen to you.”

Tristan Heather will be the second person in Queensland to face the ‘one punch’ charge.

The assault on Mr Duroux has remarkable similarities to the death of 18 year old Cole Miller on Monday, who died afer a punch to the head during an unprovoked attack by two Kiwi youths in Brisbane, Queensland. One of the accused, New Zealand national Armstrong Renata, joked on social media that his dream job was a prison guard getting paid to “beat up junkies“. Armstrong also allegedly made a post on Facebook in 2014 saying “🙂 could do with some smart arse fagget walk past me right now and say the wrong thing…Hardout Brah just like the old days”

Another Kiwi, Tamate Henry Heke,  is facing a murder charge in Queensland after he allegedly punched a motorist during a road rage incident. Mr Heke was in Australia on a working visa when he became involved in an altercation with Shane Merrigan on Queensland’s Gateway Motorway in December. During the fight Mr Merrigan fell under the wheels of a truck and was killed. 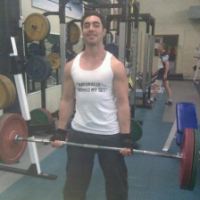 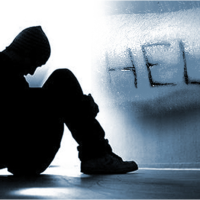