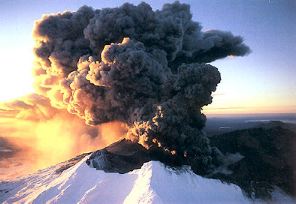 Another reminder today that New Zealand straddles the Pacific Rim of Fire and is a geologically active country.

Scientists have issues a yellow alert for Mount Tongariro following a recent increase in the number of volcanic earthquakes beneath the mountain. 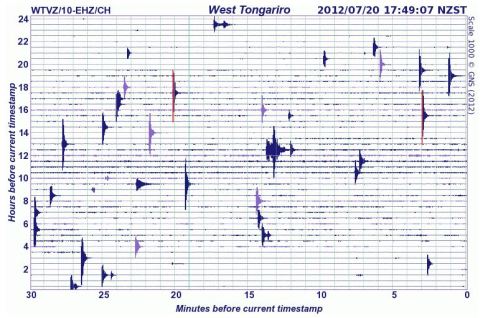 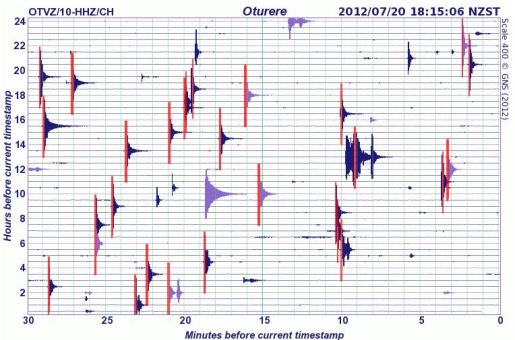 The quakes recorded on the drum at Oturere

The volcanic activity comes against the background of other earthquakes  in New Zealand over the last few weeks. On the 17 July 2012 there was a magnitude 5.6 quake 5km from Te Puke, SE of Tauranga.

Mount Tongariro, along with Mount Ruapehu and Mount Ngauruhoe form the Tongariro National Park in the North Island of New Zealand.  According to the Geonet webste there have been five reported eruptions from the Te Māri craters between 1855 and 1897. They are the last craters to be active on Tongariro.

Mount Ngauruhoe and Mount Ruapehuwere used to depict Mount Doom in Peter Jackson’s Lord of the Rings trilogy. But in long shots either CGI or a model was used as the mountains are sacred to local Maori 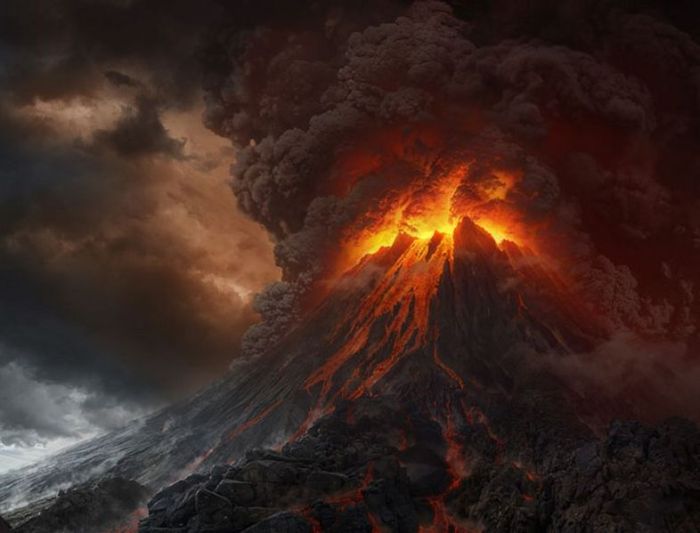 In April last year a similar alert was issued for Mt Ruapehu when its crater lake began to heat up. Mt Ruapehu typically has small eruptions every dozen or so years and larger eruptions about twice a century. Many people will experience it at least once in their lifetimes.

In the mid 1990s no-fly zones were declared in the North Island and 11 airports closed, causing disruption to thousands of passengers. In those days a million fewer people lived in New Zealand and Auckland’s population was around 870,000.

The Ruapehu eruptions discharged a total of 60 million cubic metres of acidic ash, covering land up to 300km from the volcano.

At the peak of Ruapehu’s eruptions, ash plumes reached to 10 kilometres high and volcanic ash spread over large parts of the North Island.

Aviation authorities declared no-fly zones in the North Island and up to 11 airports were closed. The plans of thousands of airline passengers were disrupted. Ash also caused millions of dollars of damage to hydro-electric turbines and electricity transmission facilities in the central North Island. More here.

If you live in New Zealand this could be a good time to be checking your insurance policy and re-stocking your emergency supply cupboard. For details on how best to prepare for a volcanic eruption in New Zealand go to Getthru.govt.nz be sure to pack water and dust masks. 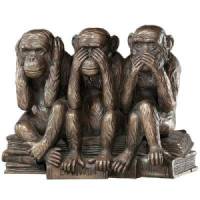