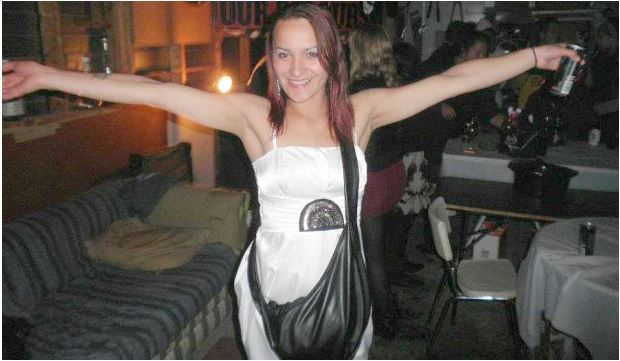 A teen killer has supposedly been “jailed for life” but in reality will probably be out in less than 14 years. Despite showing no remorse, he will most likely be released before his 3oth birthday.

Young killer, Bronson Kelekolio, had “struggles” at school, was immature and of low intellectual function. He had been suspended from Ashburton College for disobedience and misconduct. His defence counsel told the court that he’d been smoking cannabis and drinking to excess from a young age.

Bronson Kelekolio denied his guilt despite evidence to the contrary

When the sharp knife roke into three pieces,  Kelekolio continued his attack using a second knife. He denied murder, despite his DNA being found in bloody  fingerprints on Sina’s thighs and genitals.

“She was found with 14 stab wounds and as many cutting wounds including a wound to her throat. The wounds had been inflicted by a sharp knife and a serrated knife from her kitchen. It was clear to investigators that her underclothing had been disturbed and there were bloody fingerprints on that area of her body.

Kelekolio pleaded guilty to the charges of murder and sexual violation by digital penetration, for the early morning attack on December 15, 2012.

Justice Panckhurst told Kelekolio: “The only motivation I can see for what you did is a sexual one.” He said he hoped Kelekolio had listened to the victim impact statements in court…” “Sex motive behind Ashburton murder” Stuff.co.nz

According to a report in the NZ Herald

A 15-year old boy who stabbed an Ashburton mum 14 times in a frenzied attack before slitting her throat with a second knife and sexually violating her has today been jailed for life with a minimum non-parole period of 14 years and six months.

Bronson Kelekolio, now aged 17, can be named for the first time today after his interim name suppression was lifted.

He earlier admitted the brutal slaying of 22-year-old Ashburton mum Sina Nerisa Solomona at her Cass St home on December 15, 2012…

When considering the minimum period he must serve behind bars, the judge (Graham Panckhurst) said “age, immaturity is undoubtedly a matter that I must seriously consider.”

He said people that age had the capacity to be rehabilitated.

“His true motivation behind the offending … remains unknown.”

“When this happened to my daughter, I felt numb, lost for words, and made me think I was to blame for this,” she said.

“My heart is in pain. I can feel the anger in my kids.”

She said she would rather stay in bed now sleeping, rather than staying awake and thinking about what happened.

Mrs Solomona now felt like she had to leave New Zealand to make a fresh start.

Bronson Kelekolio joins a succession of teen killers in New Zealand, alongside the young thug who recently killed businessman and retired bank manager Arun Kumar, Theo Kriel who assaulted and murdered Karen Aim, the two females (15 and 17) that murdered retired school teacher John Rowe, the 14 & 15 year olds who stabbed Roman Skorek to death, Jache Broughton (14) who murdered Scottish tourist Karen Aim, Bailey Junior Kurariki (12) who has become a “sex pest” since his release, Jordan Nelson (13) who murdered Rosemaree Kurth, and many others.

Today police announced they have arrested a youth who has been charged with murder. They have released neither the age or the gender of the offender.

Many people emigrate to New Zealand believing it to be a safe place to raise children, this murder demonstrates that New Zealand is not as safe as people believe it to be. It is evident that New Zealand has exactly the same problems as any other place in the world, neither its remoteness nor its low population provides any measure of protection.

This is the latest of multiple serious crimes which have been committed by youths in New Zealand and unfortunately is it unlikely to be the last.

NZ’s out of control teens

Today 13 year old Jordan Nelson was jailed for 18 years for the murder of Rosemaree Kurth, he shot her in the back of the head at a home in Okoki North Taranaki.

The number of rapes and violent attacks perpetrated by teens in New Zealand is reaching worrying proportions.

In January Dr Kim McGregor, Executive Director of Rape Prevention Education wrote an open letter to John Key. He called for a Task-force on Action on Sexual Violence to be set-up in New Zealand and cited some horrendous child abuse figures. Read the task force’s report and recommendations here...”