In the week that the NZ government made a surprise announcement about a  drop in the rate of reported crime, and murders (note how the manslaughter figures weren’t mentioned) a group of Northland primary school kids took to the streets to protest about crime in their neighbourhood.

From the Northern Advocate

A youth hikoi through an under-fire Whangarei community yesterday urged residents to make a stand against the gangs, crime and drugs plaguing their suburb.

About 100 youngsters from Otangarei Primary School and the suburb’s kohanga reo, accompanied by their parents, marched through Otangarei to make a stand against the violence and crime that is affecting them. They also urged residents to put aside their fears and report any criminal activity in the suburb…” read the ful report here

The paper went on to explain how the suburb had been plagued by a number of events including families moving out in January as a power struggle between two gangs (Black Power and the Tribesmen) threatened to boil over.

Earlier in March police reported that “Otangarei residents were often scared to identify offenders for fear of reprisals.” and that their work was being frustrated by people using police scanners to tip-off their mates about police actions.

According to the Advocate the kids were carrying banners saying  “Keep Us Safe,”  “A Clean Community,”  “Gangs Suck,”  “No Child Abuse,”  “We Want a Peaceful Otangarei,”  “No Graffiti,” and “No Fighting”

These children want their elders to get the message that they’ve had enough, they want to live in a safe community.

The message here is that if you live in a community that’s affected by crime put aside your fears about retaliation, if kids can do it so can you – report it to the police and make sure they record it, otherwise the government may use the drop in recorded crime as an excuse to rest on its laurels, or worse still make cut backs to police funding:

Savage cuts to police funding in this year’s Budget will undermine the progress that is finally being made in terms of reducing the level of crime in New Zealand, says Labour’s Law and Order spokesperson Clayton Cosgrove.

“The police are to be congratulated for achieving a 6.7 percent drop in total recorded crime in 2010,” Clayton Cosgrove said.

“But around the country senior police staff are right now having to grapple with demands to make drastic cuts to the police budget for the 2011-12 financial year.

“The progress in terms of a reduced crime rate can be traced back to the huge increases in police funding and police numbers that were instigated by Labour in the 2005-08 term of government,” Clayton Cosgrove said.

“The increases in police numbers have slowed markedly under National, and the cuts that will be announced in May’s budget — as part of John Key’s so-called zero budget — will undermine the progress that we have been making.

“I feel really sorry for the police who have done a wonderful job. Their jobs will become much more difficult from now on, particularly in the majority of police districts that will actually lose staff.

“The demand for cuts this year are believed to be more savage than any since we have seen since the 1990s when National was last in government.”

No crime in NZ – it’s official:

“Remember how the Palmerston North Wikipedia page was censored to remove references to crime because it making overseas investors and professionals shy away from moving to the town?;  and of how gangs are now euphemistically  called “groups” in some news reports?;  and how no police statistics are kept on racially motivated crimes in New Zealand?

Well now the police in Gisborne want to restrict the information released to the media and give the people in the town the warm and fuzzies.

The question is Is ignorance bliss, or are there other motives for clamming-up about the true extent and nature of crime in Gisborne? It smacks of censorship to us and history has proved that has never been a good thing. Surely it is preferable to create a safer, low crime community rather than mislead people into thinking that it is?

Don’t the public have a right to know what is going on in their own town and the actions their public servants are taking to control that crime?

What if similar decisions were taken elsewhere in the country? (it’s already been happening in Rotorua) you can kiss goodbye to a free press in New Zealand and say hello to a propaganda mouthpiece, covering nothing but cake sales and ‘feel good’ stories.

GISBORNE police have decided to restrict the information on crime they provide to media in a move to “make the community feel safer”.

Up until now, The Gisborne Herald has been given detailed reports of crimes attended by police, including burglaries, domestic violence and the arrests that make up our daily “Police briefs”.

But earlier this week area commander Inspector Sam Aberahama said comprehensive information would no longer be provided. He saw no benefit in “reporting all and sundry”…read the whole article here

It’s official: Politicians can’t take a joke – “MPs may make fools of themselves from time to time but they want to ban others from doing it. Satire, ridicule and denigration of MPs using any television footage shot from parliamentary galleries is to be banned under rules proposed by the standing orders committee. The move on freedom of expression is not the only controversy the rules have caused. They also create anomalies between what television cameras can show and what newspapers photographers are allowed to show, giving television the advantage…”

Gisborne police have tried to defend their new “media policy”. You can read their response in this article which appeared on Stuff. In it we learn of two very interesting pieces of information:

1. The Gisborne Herald was one of the last daily newspapers in the country to receive detailed lists from the police, according to Gisborne area commander Inspector Sam Aberahama; as repeated on Stuff. (No wonder our figures on reported armed robberies doesn’t tally-up with the official statistics)

So many newspapers went quietly into that goodnight! only the Gisborne Herald  was prepared to take a stand and we appreciate why now – that was the last stand of NZ’s free press.

2. That Police Minister, Judith Collins, thought that media reports on police conduct and other issues had contributed to a lack of respect for police. Which makes the police’s decision to withhold what it chooses from the media look even more questionable.

The Media Freedom Committee had their say on the issue too. We get the impression that this has been brewing under the surface for a while and now was an ideal opportunity to remove the cover on the whole sorry mess. You can read their chairman’s comments on Voxy, but this one comment from him struck us as odd:

“The Media Freedom Committee welcomes an assurance from Police National Headquarters that the Gisborne policy is a one-off and is not about to spread to other parts of the country.”

Which is rather different to what was said by the Gisborne Area Commander in the Stuff article. i.e. that Gisborne was one of the last daily newspapers to receive detailed lists.

The Sensible Sentencing Trust released a statement today saying that police held in their own hands the solution to stopping attacks on officers, in response to matters raised by the Police Minister at yesterday’s press conference:

Firstly, that police conduct should be beyond reproach and secondly, that police should be helping families to intervene in illicit drug use before that person gets hurt – specifically mentioning the failure of the  “P Plan” to deal effectively with methamphetamine demand in the community. Read the full statement on Scoop.co.nz

Also today, in another article in The Gisborne Herald it has demonstrated that both the local police and the paper are holding their stance on this issue, with the paper saying that there had been some significant crimes in the past week that had not been reported to either the local media or the public. They also said that even before this incident full logs weren’t being supplied to them. Read the full article  HERE

The Dom Post yesterday also reported on the police’s ‘media policy’ in an article on Stuff.co.nz that has within in its  URL “Gisborne police defend information blackout” but with a headline of “Gisborne police stand firm on keeping some crime quiet”.

Their coverage is much the same as in other publications but they did publish a rather interesting list of crime figures under the heading:

which showed that for Eastern District: Gisborne, Napier and Hastings, the figures for serious assaults, alcohol offences, cannabis offences and sexual attacks were well above the national rates :

The whole Dom Post article may be read HERE

Read “no notice from police” in the Gisborne Herald for example of how restrictions on reporting of crime have affected people in Gisborne. People are taking it upon themselves to report burglary hotspots to the paper, whilst police have only reported one burglary.

Now, if you were a migrant intending to move to New Zealand looking for a better quality of life wouldn’t  you want to know this information to help you in your decision making process?

Venezuelan newspaper, El Nacional,  protests against censorship that prevents it from reporting on violence

“Is New Zealand moving toward a police state by default?” 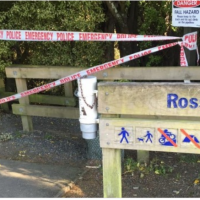 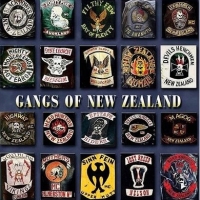