Following on from yesterday’s post Christchurch Quake a Tale of Three Cities – More Help Needed in Eastern Suburbs we’d like to continue to raise awareness of the plight of the people of eastern Christchurch.

Orion power company said this morning that New Brighton residents will start getting electricity supplies back from tonight, nine days after the quake. According to a report in today’s Stuff

Around 16,000 of the 24,000 properties still without power in Christchurch are in the eastern suburbs of New Brighton and Dallington. Orion cautioned that just a few hundred houses at a time would get power reconnected.

Yesterday 3News reported that medical teams in the area are being overwhelmed by demand and they say that a shortage of portaloos is leading to an increase in gastroenteritis (there had been 20 cases) and other illnesses. More than 500 people have been treated at the Australian field hospital in Aranui since it opened 4 days ago.

The 3News report stated that bags of waste are sitting around waiting for disposal and toilets are only now starting to be located. View the video here

This is a collection of videos taken from YouTube showing the damage caused by the earthquake and its impact on the lives of the people who live and work in the area. Starting with a video of Aranui, in danger of becoming the New Orleans of New Zealand.

1 WEEK AFTER THE QUAKE ARANUI HAS NO POWER & NO WATER!! not a single porta loo in sight …c’mon Bob Parker

“Ok John whatever!…..we just need a couple of toilets” (John Key was brought up in Aranui)

DrLeavingsoon set up a tea station in Waltham Street, just like they did during the London blitz

23 Sept 2010 Three weeks after quake and Avonsiders abandoned to third world conditions: “Today’s Stuff.co.nz is carrying a NZPA article highlighting the plight of a group of Avonside residents who say that, three weeks after the Christchurch 7.1 quake, they feel abandoned by their local council who have left them without basic services. Some say they are living in third world conditions…” 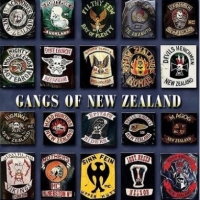