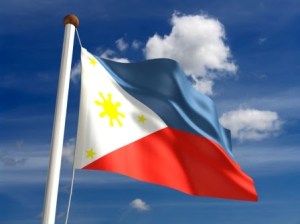 At last, some countries are wising-up about the dangers of the New Zealand ‘work to residence system’ and warning their citizens about the risks they may be taking by migrating, and then either being unable to find jobs, or having jobs effectively taken away from them and given to New Zealanders (see other posts tagged ‘Jobs for Kiwi’s)

According to an article by the immigration affairs reporter, Lincoln Tan, in the NZ Herald:

“Philippines consul-general Emilie Shi says Immigration New Zealand is not doing enough to warn would-be applicants about the difficulties of finding a job or telling them that Kiwis will be given preference by employers.

“Immigration New Zealand continues to say what a great place this country is to come live and work in, but they cover up the fact that it is very difficult to find a job here, or that they will be treated as second-class workers under the scheme,” Ms Shi said.

“The work-to-residence is a myopic policy, because even if these migrants prove their worth in their jobs, employers cannot renew their contracts when their work permits expire, and have to first offer their jobs to Kiwis.”

She said this made those who came on the work-to-residence scheme less attractive to local employers because they would not have “smooth continuity” in their business operations if they employed these migrant workers…..The embassy will be recommending to the Ministry of Foreign Affairs to not allow any more of our citizens to come to New Zealand if they are not qualified, and we will be putting an advisory warning on the website.”

This move is bound to cause significant embarrassment to the New Zealand government and may harm the country’s carefully cultivated image as being a place that welcomes, values and cares for its overseas workers. We expect to see a counter-spin offensive launched soon.

We think that migrants that are attracted to work in NZ under schemes like this, and who are rendered penniless in the process because they can’t find work, should be refunded the full costs of their visa applications and given expenses so that they can return home. If the work isn’t there for them why are they still being encouraged to come? someone is making a lot of money from people whose lives are being ruined in the process.

Good on the Consul-General for blowing the whistle on this, perhaps more countries should think of doing the same?

Paradise turns sour for British migrants – “Jobless foreigners now risk losing their work visas and having to return to Britain.”

Migrant Tales – A collection of migrants’ first hand accounts of their experiences of living and working in New Zealand.