Another bus has rolled on the way to school.

The accident happened on a sharp bend in South Taranaki this morning. Fortunately, none of the 16 passengers or the driver were seriously hurt but six pupils were taken to Hawera hospital for treatment and one child was airlifted from the scene. The children were on their way to school at Kaponga Primary School

A similar accident occurred on the Coateville Riverhead highway in Auckland when a bus carrying 35 students rolled whilst navigating a bend and landed on its roof in a paddock, resulting in 15 children requiring medical treatment.

The students were on their way to school at Westlake Girls and Boys Schools, Rosmini College, Carmel College and a Takapuna school from homes in the west of the country.

Seat Belts not Required in NZ
Unlike many other developed countries there is no requirement for school buses to be fitted with seat belts in New Zealand.

In the period 1992 to 2001, there were 85 school bus-related incidents or crashes resulting in 12 fatalities, 20 serious injuries and 80 minor injuries.

Candor Trust are calling on the Ministry of Transport for another review of school bus safety. Representatives of the Road Safety Charity say that the last one which occurred a couple of years ago “perhaps did more harm than good”. It is time to drug test drivers, especially given the Education Ministry is fine about testing pupils.

With no less than 7(eror 12) major incidents this year already (8.5 is average in the last decade) the Trust claim a cloud lies over the Ministry of Educations ability to care for Kiwi kids. The last 2 days alone saw 25 students traumatised during their everyday journey to or from schooling.

A new bus driver suspended for rolling her bus, in what might easily have been a major tragedy near Auckland yesterday is “under investigation”. She claims to have no recall of events. Though she passed a breathalyser test it’s unknown whether Police or the Employer have requested drug testing.

Then 6 students were injured today and some were in great distress when either a school bus driver or a rubbish truck driver failed to give way at an intersection.
These accidents come atop of the following events to plague the Ministry of Educations school bus service this year.

In February near Bulls a school bus and car collided. The same month in Southland a bus crash resulted in 12 children suffering injury. A Kohanga Reo bus rolled in Kaitaia in July, which was also the month a school bus driver mounted the footpath running over 5 Auckland schoolgirls.

And lest we forget there was also a heart rending tragedy in which a girl was run over and killed just after being dropped at her gate where the Mother was awaiting her arrival. Gate dropping is a practise disallowed in some US States.

Until the plummet this year our school bus safety record was similar to Australia’s with slightly higher fatality rates among users. But with serious driver shortages Nationally it appears the relaxing of regulations to encourage people into the Transport Industry has come at rather a high price.

New Zealand has no specific course or additional training requirements for school bus drivers above and beyond those contained in the Passenger License Endorsement. A fit and proper person check is carried out initially which is really only looking out for a drink driving history.

But once the license is granted no renewal or updates or even medical assessments to monitor health are required for a full 5 years. A Tourist Coach Driver nervously told the writer the new rules are “nothing short of frightening”.

School bus drivers can be called out unexpectedly and if they are substance abusers in spare time it can then become an issue, he says.

The U.S.A. has shown great interest in child passenger safety and practically passes school bus legislation on a daily basis. Accordingly it is here we find a success school bus incidents and fatalities are halved on earlier days.

Generally States require yearly to 2 yearly medical assessments for “Student Transportation License” holders as well as alcohol and drug abuse tests and perhaps some random testing. A system is in place to flag the authorities should school bus drivers be involved in non work related traffic offending.

Rachael Ford (Candor Trust) says the members of her Organisation have long been concerned about School Bus Safety. “Driving them is specially stressful as people have to deal with disruptive students, bullying and sometimes even illegal activities”.

“On top of this they must deal with particularly inattentive drivers in the fatigue peak time of mid afternoon. This is the high crash risk time for school buses. It is a lot of pressure so it wouldn’t be surprising if they might develop addictions or stress related health problems before their 5 year renewal is due”

LTNZ figures show that most school bus crashes do indeed unfold in the afternoon. The bus controllers for the most recent accidents will be given 3 days to provide written reports regarding schools involved, injuries and cause of the crash to the Ministry of Educations local Transport Co-ordinator.

“We would like be advised if the drivers were tested for drug intoxication once the final reports are in” says Mrs Ford, “because the Public has a right to know what hit them or their kids!” 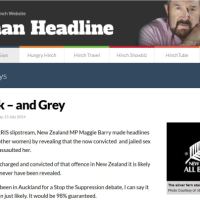 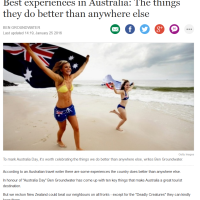 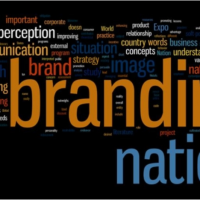