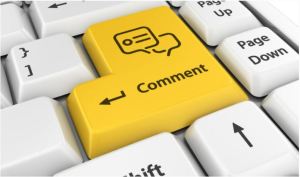 Welcome to our mini series – What New Zealanders say about NZ.

The Canadian OP was writing about New Zealand’s culture of violence and why he was cutting short his visit. Unfortunately, some of the replies did nothing to dispel his perception of the country’s “brutish, white trash behaviour” (but we’re not going to repeat them here but they are an excellent example of Kiwi ‘victim blaming’).

“After spending a year in Australia, I thought New Zealand would produce the same quality of people, I was completely wrong. After spending two months, almost 3, I have seen that kiwis are far from the same. I don’t mean to paint all kiwis with the same brush, but I have experienced some brutish, white trash behavior. As a Canadian, I thought we were all kinda chill and easy going. Way wrong. I stayed in Australia as long as I could be legally allowed, New Zealand, as beautiful as it is, I will be cutting this trip short. It seems everyone is geared up for a fight. I have met some great people here, but the majority haven been rude and bullish. Amazing country so far, will try to focus on the positives.”

conkyTheEpileptic: If everywhere you go people are assholes, maybe its you who’s the asshole.

Try not behaving like a douchebag next time you come here.

But hey if you want to judge over 4 million people by 2 months of worth interactions and then come here to moan about it to a bunch of strangers good for you man.

Perhaps you could try to get a new visa for Australia? Everyone is going to have places that suit them and places that don’t.

But we are going to show you one of the more perceptive, open minded replies – left by someone in NZ. It very neatly sums up the major problem with New Zealand, and why it has to spend so much attracting tourists…

There is something fucked up about this place to be sure. When on my OE through Europe and the US there was a clear pattern: the most obnoxious people I ran into were NZders. Everywhere, drunk asrsehole kiwis. I now say that I’m an Aussie when I travel. Problem comes when I run into “other” Aussies though – they can see the shit … and to be honest I can see it too.

Moreover, I have never felt as threatened anywhere else in the world as I do at home on the roads and footpaths of nz.

If it is any kind of consolation, there will be a bunch of inadequate reasons for it. Any socialists in the house?

Sorry about your experience mate, but this is why the gov and tourism industry spend $$$$$$ on advertising each year. They cannot leave it to word of mouth. source

New Zealand Unable to Cope with 9% Rise in Tourist Numbers:

…67%  of tourists from SE Asia,  65% from China,  and Japan (53%) are among those who have have the worst recommendation satisfaction scores after visiting NZ…