As if the destruction and disruption of the earthquakes isn’t enough, long suffering residents of Christchurch are having to deal with the worst flooding the city has seen for a century.

“Our homes are insured, our land is insured so why after three years are we still living like this?”

“We’ve got another winter to get through . . . it’s a disgrace.” source

Residents say they are angry that “nothing had been done as a result of similar flooding in the same areas last year.” After last year’s flood the beleaguered Earthquake Commission (EQC ) has said that claims will be settled by the end of the year, that is too long for some residents source.

Last straw and caught out

‘We were caught out‘ said the city council’s mayor. But residents said Christchurch City Council “knew about the risks but did not respond adequately with sandbags.” The priority for sandbags were businesses that had not been affected by floods before.

The damage caused by this latest flood is likely to be the last straw for some residents. Experts say that the quakes have made the flooding worse because liquefaction, subsidence and uplift posed an enhanced flooding threat to the city.

“Mr Coleman and his family live in Carrick St, Mairehau. He said the road floods nearly every time it rains, but the latest incident had forced him and his wife to starting thinking about moving.

“We’re worried about our health and the water quality, because there was sewage coming up and we worry about it every time it rains.” source

According to the latest reports a cliff has collapsed in Lyttelton, followed by a strong smell of fuel from storage tanks at the port which resulted in evacuations of residents from Brittan and Cressy Terraces. 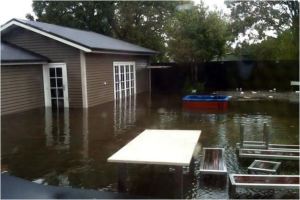 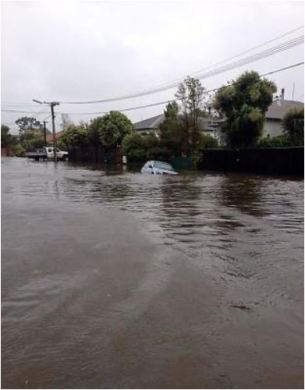 Unfortunately, some people made a bad situation worse. Was there really any need to create bow waves from doing this? 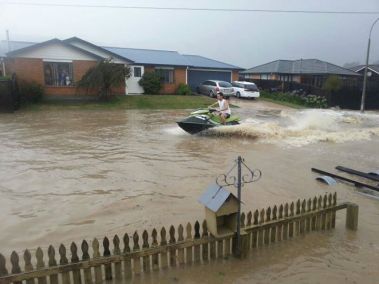 @E2NZ yeah. Major flooding risk in this area since the earthquakes. Many questions for EQC, Gov’t & insurance companies not bein answered.

Feelings were understandably running high among weary residents. Three years of living with outstanding repairs to earthquake damage and now this (source Trademe). 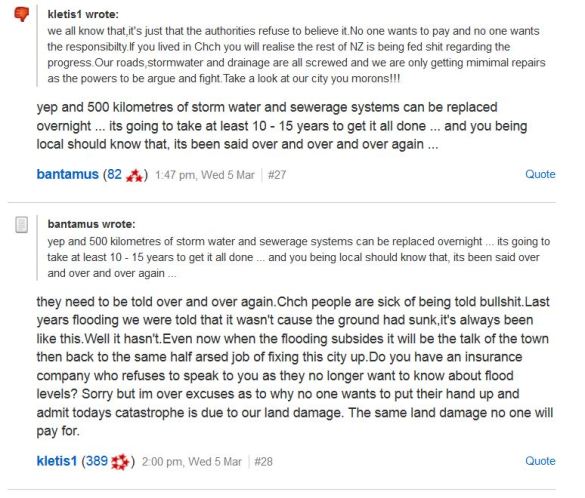 Keep up to date with developments on the council’s website, the Rebuild Christchurch FB page or Canterbury Weather Updates FB Page

There is very serious flooding and threats of further flooding out east and with rain expected to persist all night it will continue to be a serious situation.

The Christchurch City Council has opened a welfare centre for people threatened by flood-waters in east Christchurch.

The centre opened at 8.30pm at Mairehau High School, 440 Hills Rd. People are advised to bring their own bedding.

Christchurch City Council is continuing to coordinate staff and contractors to assist residents in low-
lying areas across the city at risk of potential flooding.

The Council is prepared to respond to weather forecasting that shows the storm will continue throughout the night until around 7am, when it is expected to ease.

High tide is due at 9.05pm, but the Council reassures residents that this is not expect to cause an increase to flood levels.

The Council Civil Defence staff are door-knocking on properties in the Flockton Basin area advising residents of the flood-water levels, the risk to their property and to consider evacuating to protectthemselves and valuables.

The Council Civil Defence team has set-up a Welfare Centre that will be open from 8.30pm at

Mairehau High School, 440 Hills Rd, Mairehau 8052. Residents will be provided with shelter and tea and coffee. Residents are advised to bring their own bedding.

• Ruru Road at the corner of Maces

The Council’s Land Drainage and Roading teams have traffic management plans in place and will be working throughout the night to assist residents to help prevent bough wash from vehicles entering houses.

The Council is asking drivers to be extra conscious of the surface flooding and to drive slowly and carefully in affected areas.

It is possible flood-waters on roads and parks may be contaminated, so the Council says to avoid the water where possible or make sure you wash your hands and remove and wash any clothing that gets wet.