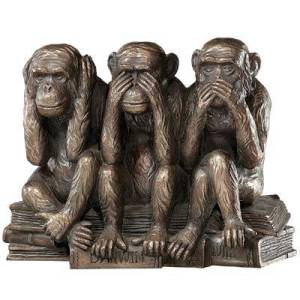 The perception of crime goes both ways

We’d like to extend a warm welcome to our new South African readership who’ve come to our blog via the SA Going to NZ forum. Its great to have you with us. E2NZ.org has been quoted a number of times on the site, including in this thread http://www.sagoingtonz.co.nz/forum/index.php/topic,5635.0.html which was not attributed to us so here’s the link for the interested.

We have many South African contributors to this site and it is well read in South Africa (over 11,000 people have visited the site since February) and other parts of the continent. Lovely to have you with us, take a flick through our Migrant Tales series whilst you’re here.

Whilst violent crime and murder in South Africa is orders of magnitude higher than in New Zealand that does not mean New Zealand has a low crime rate – especially when you consider the country has a little more than 4 million inhabitants. There is a diligent effort to reduce the perception of crime in New Zealand, including changing the way that crimes are recorded (for example: rape is not considered to be a violent crime, a crime spree with multiple offences is only recorded as one crime, random killings are rarely prosecuted as murder and no statistics are kept for racially motivated crimes) and the information that is released to the press for publication is often censored.

GISBORNE police have decided to restrict the information on crime they provide to media in a move to “make the community feel safer” a police media statement said “Our daily feed of information to the media does not provide the right recipe for the community in terms of important information they need to know. A lot of that has to do with how the public views the city or community they live in.” source

However, 80% of residents still think that crime is a serious problem in New Zealand – read this link to find out why.

“One source says “New Zealanders have been kept in the dark about the true nature of our crime problem, because politicians and academics have caused most of the soaring crime rate and would prefer the public didn’t find out.” Although the cost of keeping a criminal in prison is accurate at $100,000 a year it costs far more for society if offenders are released – the average criminal committing around 80 crimes at a cost of $355,000 a year to the community…” more here

As the statistics in the above links demonstrate, South African – NZ residents would be prudent to take care with their security and personal safety as much in New Zealand as they would in any other country. To be lulled into a false sense of security because of supposedly “low crime rates” is inviting oneself to become a victim of crime. And with New Zealand’s culture of victim blaming that may not be something you’d want to experience.

“Badlands, NZ: A Land Fit For Criminals” NZ Is Soft On Crime

Hype, Spin And Restrictions On Freedom Of Information

No crime in Gisborne – it’s official

When Is A Chase Not A Chase?