It is with great sadness we report that the man charged with the murder of Charanpreet Singh Dhaliwal has been acquitted. Charanpreet was an Indian student resident in New Zealand, he died on his first night of part-time work as a security guard. It is thought he received no induction or safety awareness training prior to starting work.

The Sikh community in Auckland raised $15,000 – $8000 to fly the young student’s body home and another $7000 for his widowed mother Karamjit Kaur, who lives with another son back in Punjab, India.

Charanpreet was a former student of New Zealand School of Education. A devout Sikh, he was working to pay for his IT studies and to send to his family in India. He had reportedly raised $13, 000 so far.

“Charanpreet was known to all the staff members as a dedicated and hardworking student,” said a spokesperson for the institute, speaking to Indian Weekender.

Cherag Elavia, owner of CNE, the company Charanpreet worked for, told One News Dhaliwal wasn’t meant to be working on the night the assault happened. “The person who was supposed to work didn’t want to work that night, and this person wanted a job, so I said ‘look you want a job you can come and try this shift on,’ and he agreed, and that’s what happened,” he said…”source .

According to a report published today by Stuff.co.nz

The 27-year-old accused, whose name has been suppressed, was acquitted in the High Court in Auckland this afternoon for the murder of Charanpreet Dhaliwal in November 2011.

The accused was found guilty of assaulting another person, Viki Alo, on the same night and was sentenced to six months’ jail to be served cumulatively with a current seven-year jail sentence.

He had denied both charges.

Understandably the family of the decreased feel that New Zealand’s justice system has failed them and their loved one, and who can blame them in coming to that conclusion. This is a terrible result and sullies the memory of a young man whose mother, Bibi Karamjit Kaur, thinks

“why would students be coming to this country … they have better lifestyles where they come from. There’s no need to come here to get killed.”

An interview with Bibi Karamjit Kaur was published on Youtube by the Punjabi Herald.co.nz in June 2012, you can watch it here http://www.youtube.com/watch?v=M2_2pQga6y8.

Ironically, police called the effort to find Charanpreet Singh Dhaliwal’s attacker/s “Operation Hope“. Was that all they were capable of?

And here lies the crux of the matter, not only is New Zealand more unsafe for some immigrants and they have a better life at home, but the justice system does little to protect them or deter their attackers. It truly is the wild west out there in the land of the great white cloud; anything goes.

Interestingly, the alleged attacker’s identity has been suppressed. One may only speculate why perhaps to identify him would also put a name to the gang he belongs to?

The defence case was that the accused was being blamed for the murder by the other three men, who belonged to the same gang.

“There is something of a mystery here,” Justice Toogood said.

“What is clear is that one of these four men must have killed Mr Dhaliwal.”

Our condolences go out to Charanpreet’s family at this difficult time. 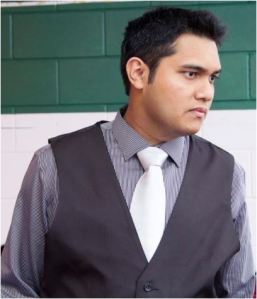 Shalvin Prasad was liked by many who knew him

It is with a heavy heart that we talk of the tragic deaths of two more Indian citizens in New Zealand. Police are treating the death of 21-year-old Shalvin Prasad as murder after his body was found burning on the roadside in South Auckland.

There has always been an undercurrent of violence and discrimination against Indians living in New Zealand but it is hard to quantify because racially motived crime is not officially recorded in the country. All we have are random reports of beatings, muggings and the occasional fatalities. We presume the Indian high Commission in Wellington has a good idea about the extent of this problem but so far it appears to be keeping silent on this issue.

Mr Prasad had been living in Dannemora and had left his home to play pool one evening last week, his parents never saw him alive again. Police believe he was alive at the time he was set on fire. A terrible crime that has been roundly condemned.

His death comes weeks after the discovery of 22 year old Amandeep Singh‘s body in scrub Kaiti Beach R, Gisborne. Like Mr Prasad, his car was found abandoned kilometers away from his body.

Neither of these crimes will be recorded as having a racial element to them, so there is no way of knowing whether these two presumed murders are part of a trend of violence targeted against Asians in New Zealand or just isolated incidents.

We know of other cases where Indian citizens have died – security guard, Charanpreet Singh Dhaliwal battered to death on his first night at work in Auckland,

who went missing after withdrawing several hundred dollars from a central Auckland ATM. His wallet was later found on a cycle path near Auckland harbour.

Exactly how many Indians become victims of crime in New Zealand and is the country as safe for them as they are led to believe? Are they seen as easy victims because of their ethnicity?

“Indians Less Safe In NZ Than Kiwis Are In India”