Fences don’t have to be intimidating

Many times we’ve covered reports of armed invasions and violence in New Zealand’s schools but this is the first time we’ve heard of adult women storming into a school armed with a knife.

In a disturbing escalation of school violence, combined with a heightening of aggression in the nation’s young women, we hear that three women allegedly went into the Aranui high school in Christchurch and stabbed a 15-year-old pupil.

“The Aranui High School pupil suffered superficial cuts to her chest and legs during the knife attack last week.

“It wasn’t fellow students; it was allegedly people walking in off the street,” he said.

The incident was reported to police last Friday.” more here

“We don’t believe in having high fences and locked gates around the school,”

”We don’t want to be like those schools in America. Unfortunately, it’s a risk that all schools around the country face having undesirables come into the grounds.”

What has a knife attack in Christchurch got to do with school security in America? if children are at risk doesn’t the school have a duty of care to protect them? Fences may not present the correct image but they will keep the people within them safe.

It’s not just the children that are at risk, teachers have also been attacked by intruders and there have been tragic consequences.

Lois Dear was brutally murdered and sexually assaulted in her classroom at Strathmore Primary School in Tokoroa.  23 year old Whetu Te Hiko pleaded guilty to her murder. He had 13 prior convictions, 8 of which were for assaulting women and children in 10 months,  from April 2004 to February 2005. His brother Hamuera was jailed for sexually violating and beating his wife to death in 2001. It is not known if the school improved its security after the attack.

We’re saddened to  learn of yet another act of violent savagery in a New Zealand school.

The Herald has published an account of a south Auckland schoolteacher who was beaten unconscious in a school corridor in Mangere at lunchtime last Friday.

Back in February we wrote about  Northern Irishman Roy Lilley, principal of Bruce McLaren Intermediate ,who was attacked by a hammer wielding youth whilst he was at work on Waitangi Day. Read Belfast teacher encounters troubles in NZ.

There is a serious problem with violent crime in New Zealand’s schools, if you are coming to the country to teach, or you have school aged children you need to read the following. New Zealand isn’t the safe haven you believe it to be.

In March 2010  the Dom Post using the Official Information Act to obtain data on the number of school staff that received ACC funded treatment following an attack at school and put that together with Ministry of Education figures for 2008, to reveal that at least 777 teachers were assaulted whilst at work during 2008/9 (that’s without the figures for non-treatment assaults during 2009): more here 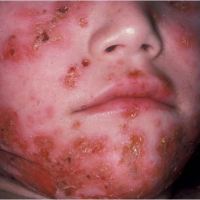