“An eruption is coming, warns GNS Science volcanologist Dr Graham Leonard, and anyone living pretty much north of Wellington should be prepared.

Leonard is part of a group of volcano experts advising local bodies, emergency services, government agencies and district health boards at a conference in Taupo this week, on how they can best prepare to cope with the aftermath of an eruption.

The venue is deliberately fitting – the Taupo volcanic zone is the most productive volcanic system on Earth. Eruptions, when they happen, are big.

Participants will be told it’s not the lava or the possibility of lahar that Kiwis need worry about, but ash. “Lava flows and lahars are very damaging, but they tend to be local. We spend a lot of time talking about volcanic ash because worldwide it’s the most disruptive and travels a long way.”…

“The NZ Geological Survey has issued a press release saying that aviation in New Zealand could also be affected by ash from New Zealand’s active volcanoes and that an eruption the same size as the last one at Lake Taupo could seriously affect 200,000 people in the centre of the North Island.

Mount Ruapehu typically has small eruptions every dozen or so years and larger eruptions about twice a century. Many people will experience it at least once in their lifetimes and should start planning for it because even minor eruptions can cause a lot of problems. In the mid 1990s no-fly zones were declared in the North Island and 11 airports closed, causing disruption to thousands of passengers:…” 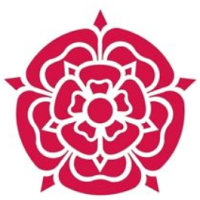