At the time of writing a tsunami warning is in force for the SE coast of Australia but there have been no reports of damaging waves as yet. For more see the regularly updated current bulletins here: National warnings summary.

A warning for NZ was cancelled earlier on this evening.

Damage from the quake, which was felt widely throughout the South Island, is thought to be minor although Queenstown was shaken and power lines were downed.

Earthquake at Ruapheu on Monday
At 6:30pm on Monday there was also a small magnitude 2 quake at Ruapheu volcano on the North Island. The quake caused 20 million litres of water to rise into the lake and overflow, there was no eruption.

1931 Hawkes Bay earthquake
In 1931 the Hawkes Bay 7.8 earthquake hit the towns of Napier and Hastings, killing over 256 people and injuring thousands more. There was extensive damage to property and Napier was described as “wiped off the map”.

The quake lasted for two and a half mintues, there were 525 aftershocks in the following two weeks. 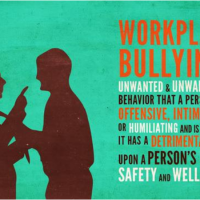