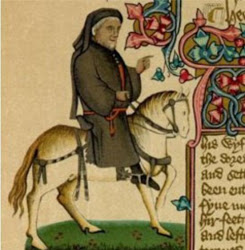 What’s it really like to live in New Zealand?

Welcome to our series of Migrant Tales – hundreds of immigrants’ stories and tales about New Zealand that contain first hand accounts of the migrant experience gathered from various places around the net, plus some that have been sent in by readers.

New tales are being added all the time, to read the latest click here: E2NZ.org/tag/Migrant-Tales  there are hundreds to chose from.

What better way to find out what it’s like to live in New Zealand but from the experiences of others, the more you read the more you’ll see themes, patterns and commonalities emerging, from these you’ll have a good feel about how you’re going to fit-in to the country.

Some of the recurrent themes we’re seeing are

If you’ve already emigrated to New Zealand these tales may help you to realise that other people are having the same problems as you and you’re not alone in your experiences.

Do you think you were misled before you emigrated to New Zealand, are there things you know now that would’ve prevented you from emigrating if you’d been aware of them?

There is also another section of tales  called “What Kiwis say about NZ“ you may find it useful to know what New Zealanders are saying about their own country.

A Selection from our Migrant Tales

Migrant Tales – NZ v. UK Not All Its Cracked up to be

“Do you think this country is too far gone?”

Migrant Tales – the story of John Doe and Kimiko Suzuki

Migrants Tales – Back in New Zealand but for How Long?

Migrant Tales – Ripoff NZ Not a Shangri-La of Utopian Values

Migrant Tales – “Shall I Make the Move? Take the Risk” and Advice to Intending Colonists

Migrant Tales – Why We’re Leaving. If New Zealand offered a “great lifestyle” the place would have filled to the brim a long time ago

There’s a club and you’re not in it

NZ Not The Land Of Promise For Me

Teaching in New Zealand and the NCEA

England is the Best Place for Us Riots and All

Get Out of New Zealand or Die on the Street

New Zealand Culture is Brutal, Something is Seriously Wrong

New Zealand is a Dump

I am young and I want to get out, Can you help me?

Brit Feeling “Foreign” In New Zealand. How About You?

Attention Nurses! You’re Getting a Rough Deal in NZ

Foreign IT Workers Need Not Apply There Is No Shortage

Six years in New Zealand now I’m back in France

How resilient are we?  a New Zealand immigrants perspective

I Want Out : An American’s Tale

This Is Why I Didn’t Like New Zealand: A British Tale

Why We Left New Zealand: An American Couple’s Tale

New Zealand Is Draining The “Me” Out Of Me: An American’s Tale

New Zealand Expo, no it wasn’t

A culture of good enough will do

Living Costs For One Person In NZ v. USA

Renting houses in NZ – a manual

Another work to resident visa issued from Shanghai

Effects of Christchurch quakes on expats

No Science or Skills Shortage in New Zealand

If you doubt discrimination in NZ read this…

No work in Blenheim, moved to Christchurch

7 months in and no work for tradesman husband

Three weeks in. An American’s first impressions of New Zealand

Refuge from NZ found in a Muslim country

Why are people leaving NZ?

What we wished we’d known

We chose to go with New Zealand. BIG MISTAKE

NZ without a job offer

Lastly, don’t forget to read the pages “What Kiwis say about NZ”