Lost among the hype of New Zealand’s recently released 2010 crime figures were some shocking data about child violence. The stats make for grim reading as they come at a time when schoolyard bullying and violent  assaults are frequently in the New Zealand news.

Police crime statistics showed the number of children under 9 apprehended for assaults in 2010 was 64, almost double the 33 recorded in 2009.

Family First NZ says that the level of criminal assaults being committed by primary school students is no surprise – and will worsen, especially when schools are pressured to accept and accommodate increasingly defiant and unacceptable behaviour by children.

“In 2008, Family First caught out the Ministry of Education when the ministry’s student engagement report buried the primary school figures in a graph with no raw numbers and no commentary. In fact, the number of primary school children stood down and suspended had grown from 4800 in 2000 to 6595 in 2007. That year, 945 primary school students were suspended and 5650 stood down – 28 per cent of the total number of students at all levels stood down in that year,” says Bob McCoskrie, National Director of Family First NZ.

“We have tried to bury our heads in the sand on this growing problem – but the problem hasn’t gone away and is only worsening.”

“And it’s not just in schools. Ministry of Justice statistics released last year showed that from 1998-2008, the number of police apprehensions for grievous/serious assaults by 10-13 year olds increased by more than 70%. For each of the most recent two years, there had been almost 1,000 apprehensions for 10-13 year olds for all violent offences, which include aggravated robbery, sexual violation, indecent assault, and serious assaults – an increase of a third since 1998,” says Mr McCoskrie.

“Alarm bells should be ringing when there has been a 70% increase in the number of children committing a serious enough act of violence to warrant police involvement, and almost 1000 children are being chucked out of primary schools for behaviour that is just so bad that schools have got to the point where they can’t even work with it – even when the Ministry of Education is pressuring schools not to suspend or expel students.”

“There are many factors that may be contributing to these statistics including the levels of violence in the media and games, the undermining of parental and school authority, the ‘rights’ culture being fed to young people, and family breakdown and fatherlessness,” says Mr McCoskrie.

“But firstly, we must be honest enough to admit that there is a disturbing trend which needs urgent action and a change of policies as to how we deal with these children and their families. Forcing schools to accommodate the problem is not the solution and is harming the school community.” source

Emigrating to New Zealand because you think it is a great place to raise kids? Read

Kaitaia’s Kids’ Drunken Night Of Rampage. Mob Rule (Residents of the small Northland town of Kaitaia suffered $10,000 in damages after a ‘group’ of  10 tanked up kids rampaged through the town for three and a hlaf hours on a Monday night)

You may also find interesting

Our Education and Children’s Issues – Facts and Stats page 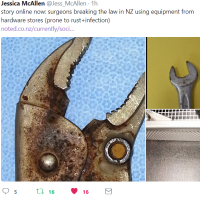