We’re wondering if this is the first time a business has been granted this privilege in New Zealand and why the public don’t have a right to know this information? If this knowledge is in some way prejudicial to a fair trial then all well and good, but shouldn’t the name be released if and when the defendent is found guilty?

“A Tauranga woman has been arrested and charged with 50 counts of using a document dishonestly.
Michelle Campbell appeared in Tauranga District Court yesterday and was remanded on bail to reappear on April 7.
The total amount of the alleged fraud is about $1.1 million and involves a Tauranga business, which was yesterday granted name suppression.
Campbell, 42, was employed as the company’s business manager but no longer works there.
She is married to Tauranga constable Steve Campbell, who has not been stood down from his duties.”

What makes this case sublimely ridiculous is this.

The name of a Tauranga business where Mrs. Campbell worked in finance as a business manager had already been published in the Dominion Post, on 15 March and on 16 March 2010 in connection to police investigations of a large fraud at the business.

If that business is not the one whose name has been been suppressed their reputation, which is probably already damaged, isn’t going to salved until after the trial (if ever) The gossip in Tauranga must be rife.

If, on the other hand, the business is the same why did the judge grant name suppression, when the name was already ‘out there’ in the public domain? 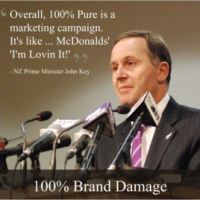 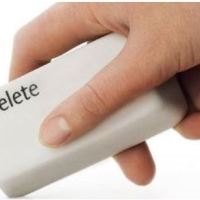