For anyone wanting to get a feel for good old grass root opinions and issues in New Zealand you can’t go far wrong by logging on to the message boards at the NZ auction site Trademe.

Here’s a thread that was started on Wednesday about a topic that’s always guaranteed to get a good response. It drew the usual righteous indignation and denial, some people obviously didn’t understand the question and launched into what was right with NZ. However there were some who were capable of developing the theme further.

We picked up a distinct dissatisfaction with the justice system’s ability to deal effectively with crime, tax payers fed up with supporting a benefits culture, concerns over child welfare issues, problems with home affordability and New Zealand still being a country that’s divided on race with a lot of work to do to sort out both bigotry and racism.

“ATTN: If you are not capable of intelligently adding to this thread, then please refrain from doing so.

2. Cannabis Laws.
Let’s direct needed resources away from tackling P, and concentrate it on tackling Cannabis. What do I hear you saying? “You can’t legalize Cannabis!” “It’s bad!” Let me break it down for the people who believe Cannabis should remain illegal (including cannabis dealers). There is not an army of NZer’s waiting to smoke it, but don’t because it’s illegal. OK! People smoke it regardless of the law. Legalizing it would put Cannabis dealers out of business, free up resources to tackle P, reduce the amount of people in prison, increase tax revenue as Cannabis could then be sold commercially under the same restrictions of alcohol, and most importantly allow hemp to be grown on large scales across the country creating jobs, and allowing NZ to produce super eco-friendly hemp products for global export.

3.Maori party.
What’s next? A Chinese party? An Indian party? Why not break all parties down to ethnicities and give them a fixed % of the vote!

4. NZ’s unwillingness to adequately police our EEZ, which is the 5th largest in the world according to Wikipedia. Who needs a military down in Ol’ New Zealand. Australia will pay for our part of the cheque. They’re good like that.

5. The quality of television these days. Or am I one of the exceptions to the rule in regards to the lowest common denominator?”

(EEZ = exclusive economic zone, 200 miles out from shore around nz)”

Here are some responses from people who were able to contribute as required:

“The Justice Systems SUCKS, protects the law breakers more than the poor victims”

“NZ’s animal welfare laws need changing.. big time!
So losers that abuse animals are not just ’slapped over the arse with a wet bus ticket’ !”

“1)Benefit culture
2) Treaty as a founding document and psuedo constitution
3)MMP system
4)Overseas ownership of land and industry
5)Free trade agreements that kill local production
and just for good measure…
6)Letting in migrants like Afghans,Thais and Africans whose culture is totally foreign to the existing one”

“For me the top one is getting rid of “working for families” huge drain on the tax coffers. I know of people getting over $500 a week from working for families with only one parent working and only paying tax on that one income at $500 per week for one family its taking at least two working people’s tax to pay that. The rest of us that have worked hard, saved our money, brought up our kids without government help are now penalised. In our day you got married, saved your money, made a concious decision as to when you could afford a family and got no outside assistance. Nowdays you are literally being paid to breed. Whilst our elderly who had none of these benefits and our geuinally sick people are getting next to nothing to live on.”

“In my opinion THE worst thing about NZ is the extremely low value we place on the lives of our children. The Justice, Police and Welfare systems are quite clearly not cutting it. Family Court make judgements/orders that are never enforced. The Police don’t respond to 111 calls and Social Workers seem indifferent to keeping our children safe. Never mind how much we have to pay to buy a house…….how about protecting the new generation of NZ.”

“1.) high crime rate, poor victim support and protection. also, poor justice system. we need tougher penalties for crimes. a life sentence should be a life sentence, not 12 years or whatever it is here.
2.) so much child abuse and neglect.
3.) military don’t seem to be prepared for anything. in all honesty, what would happen if we were attacked? would we be able to fight back?
4.) agree with insanityplus about police not responding to 111 calls. called 3 times for the police, was even hung up on twice. police turned up about 3 hours later when someone down the road called them…
5.) i agree with you 100% about the maori party #1. it’s sad that after all these years we still find the need to be divided.”

“1. Racism and other assorted bigotry.
2. Laziness, lack of work ethic, ‘half-assed is good enough’ attitude.
3. Envy of anyone who is successful/rich/attractive.
4. Obsession with mindless sport at the expense of art/science etc.
5. Dumbing down of education and discouraging competition.”

“Kyliekyliekylie’s top 5 things wrong with New Zealand
*these arent in any specific order, they are the first things that pop into my head – i could go on – and its just my opinion.*
1 The average NZ person has no idea of the actual history of this country. There is no patriotism – NZ’ers consantly argue about the Treaty, one nation, land issues etc. I dont see how a country can be so unsure about its own history! Someone get it right and lets honour it!
2 Our media… one eyed, biased and gossipy, where have all the good, meaty journo’s gone???
3 The Cannibus debate… Alcohol vs Cannibus… look at the stats people, look at the stats….
4 Constantly comparing ourselves to Australia…. What about Denmark?? Voted Worlds Most Happiest People!!!
5 Our Government… who’s got all night??? “

“1. The pseudo-macho culture that blokes build around rugby/Ford/Holden/beer and the dopey Jackass mentality.
2. TV that is basically a commercial delivery service, punctuated occasionally by 8 minutes of irritating lowest-common-denominator programs.
3. A limp-wristed welfare system that disincentivizes the indolent from paying their own way.
4. Kiwi fixation with mediocre Kiwi music. Sure, you get the odd really good piece, but for the most part highly overrated. Kiwi acts even automatically get 4 stars in the Herald CD reviews….
5. Bad driving habits: indicating at the last minute, pulling out in front of you and crawling along, speeding up in overtaking lanes, lack of awareness of and consideration for other road users.
Bonus 6. a political system that fawns over an overindulged minority who are never content with anything.”

“1. Our healthcare system going backwards towards user pays. sure it needs a shake up but privatising things isn’t going to help the most vulnerable.
2. Prison sentences are not harsh enough for violent crime, you get worse time for fraud than manslaughter. Multiple sentences should also not be able to be served at the same time.
3. Not enough funding for sports other than rugby.
4. Our broadband is shite compared to the rest of the world. Time to improve our infrastructure and get up with the times.
5. The price of meat and dairy products considering we are a farming nation.”

1. “Weather. It’s generally shit. If it’s not wet and cold, it’s wet and warm. If it’s neither, then the wind is probably howling.

2. Everything done on the cheap from roads to housing. For some, frugality may be essential, for many, there is a odd enjoyment at everything being done as cheaply/nastily as possible. No.8 wire anybody?

4. A racist and race-obsessed country. Low level racism from is common. A complete failure of the authorities to differentiate between race and socioeconomic status. Stereotyping of Maori is so ingrained that no one even questions it. Race-based laws and positive discrimination. Worst of all, middle class white people pretending to be Maori. Using the odd Maori word or wearing a greenstone around your neck does not make you Maori. It makes you an idiot that does not understand cultural appropriation.

5. Shit roads (road camber, bends, gradients – see point 2), shit cars (as in run down and not safe – see point 2) and shit drivers (lax licensing) are the cause of the disgraceful number of road deaths in this country.”

What are your top 5 Things? Leave them in the comments section below.

Hey, while you’re here, why not read our Migrant Tales series – link 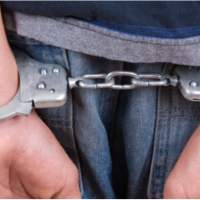