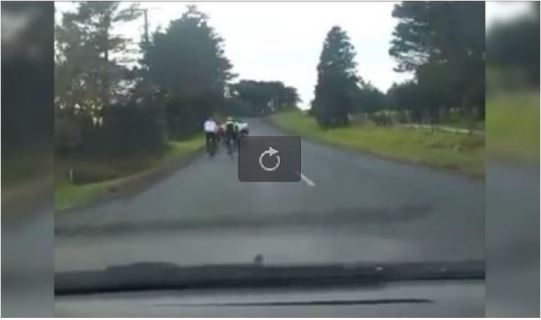 A NZ cranky driver’s video of a dangerous overtaking manoeuvre, filmed while passing a group of cyclists, has been handed to the police in the hope he’ll be charged with dangerous driving.

The Stuff.co.nz report alleged that motorist Pauli Mac made the recording.

The film, taken in the Hamilton area, originally appeared on the Facebook page NZ Drivers Against Idiot Cyclists (it has since been removed).

It’s a great example of the intolerance cyclists attract from other road users in New Zealand.

For the record, the cyclists were breaking no laws here, unlike the driver of the car who was filming while driving.

You may be interested in other posts about cycling – link

3 thoughts on “Road rage driver’s own video is evidence against him. Hatred of cyclists in NZ” 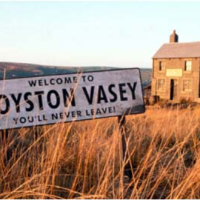