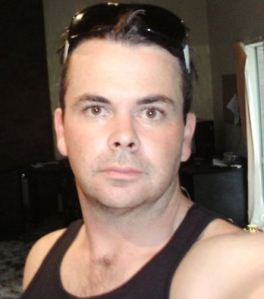 Another tragic and violent loss of life has occurred in New Zealand, this time in Helensville – the parliamentary constituency of John Key, Prime Minister of New Zealand.

The 12 year old daughter of Lee Ross McMurdo (32) found his lifeless body on the driveway of his home just south of the North Island village. Our deepest sympathies are extended to the friends and family of Mr McMurdo at this very difficult time.

Police say that they have commenced a homicide inquiry

The officer leading the inquiry, Detective Inspector Greg Cramer, would not say what the post mortem examination results were, other than that they showed, “someone else may have been involved in his death”.

The injuries he had led police to that conclusion.

“Suffice to say we believe the matter is now a homicide.”

Mr McMurdo is said to have recently moved into the rented property and is believed to be a ex-student of Helensville’s Kaipara College, his daughter attends a school close to where his body was found. His death is sure to come as a shock to the small community in which he lived.

Police are keeping quiet about the circumstances surrounding his demise but there are some similarities with the death of Feilding farmer, Scott Guy, who was shot on the driveway of his home in July last year.

Mr McMurdo’s death wasn’t the only suspected homicide in the Auckland region in the last few days, 18 year old Warren Rosillo was fatally stabbed outside a house on Greenhill Crescent, Pakuranga, at about 11pm on Friday. A 17 year old male has appeared in court charged with  possession of an offensive weapon but police say more serious charges are likely to be laid later on today. Our thoughts are with Warren’s family and friends who are understandably devastated by his passing.

So far this year the Sensible Sentencing Trust has counted 9 killings in the Auckland/Helensville Area and 26 nationally. Last year there were 57.

John Key’s National Party have promised to reduce New Zealand’s crime statistics. And reduce the recorded crime statics they did, despite the severe economic conditions that New Zealand is under. But let’s not forget that behind every carefully recorded death statistic there is a story of personal grief and incalculable loss.

If the events of the last few days are anything to go by they still have a long way to go to reduce the true level of crime in New Zealand.

Edit: the day after this blog was written police began an investigation into another death at rural property in Te Puke in the Bay of Plenty.

“In the week that the NZ government made a surprise announcement about a  drop in the rate of reported crime, and murders (note how the manslaughter figures weren’t mentioned) a group of Northland primary school kids took to the streets to protest about crime in their neighbourhood.

From the Northern Advocate

“A youth hikoi through an under-fire Whangarei community yesterday urged residents to make a stand against the gangs, crime and drugs plaguing their suburb.

About 100 youngsters from Otangarei Primary School and the suburb’s kohanga reo, accompanied by their parents, marched through Otangarei to make a stand against the violence and crime that is affecting them. They also urged residents to put aside their fears and report any criminal activity in the suburb…” read the ful report here

The paper went on to explain how the suburb had been plagued by a number of events including families moving out in January as a power struggle between two gangs (Black Power and the Tribesmen) threatened to boil over.

Earlier in March police reported that “Otangarei residents were often scared to identify offenders for fear of reprisals.” and that their work was being frustrated by people using police scanners to tip-off their mates about police actions.

According to the Advocate the kids were carrying banners saying  “Keep Us Safe,”  “A Clean Community,”  “Gangs Suck,”  “No Child Abuse,”  “We Want a Peaceful Otangarei,”  “No Graffiti,” and “No Fighting“

These children want their elders to get the message that they’ve had enough, they want to live in a safe community.

The message here is that if you live in a community that’s affected by crime put aside your fears about retaliation, if kids can do it so can you – report it to the police and make sure they record it, otherwise the government may use the drop in recorded crime as an excuse to rest on its laurels, or worse still make cut backs to police funding … more here