The Sunday Star times reported today that the youth, who admitted he’d raped and beaten the five year old Belgian girl, has “gang connections” and that the family is “rotten apples”

The Star-Times understands the teen’s father had been associated with the gang, but not since the attack, which shocked New Zealand in the lead-up to Christmas. The boy’s father cannot be named for legal reasons.

The claims were made by several sources close to the investigation.

The family and the boy are connected to a gang,” one said. “The family is gang-associated. It’s not just the father.”

Another source said: “The family are well-recognised as being what they are … rotten apples. Where are you heading in society when you have this underbelly?”

Various news reports are saying that members of the notorious Mongrel Mob gang (possibly the Notorious chapter of the ‘Mob) were active in the area at the time of an attack on a five year old Belgian tourist on a Turangi campsite. For more about New Zealand’s extensive gang culture click here Gangs of New Zealand.

Talk of gang problems in the township, which is 6 kilometres from the Tongariro-Rangipo Prison, is already leaking out.

The New Zealand Herald reported that gang members were seen in the neighbouring reserve shortly before the attack, saying

Neighbours who live across the road from the holiday park told the Herald that the Mongrel Mob were out in “full force” on Wednesday night.

Gang members were partying at a home in nearby Raukura St and the residents saw a blue or grey van and black hatchback vehicle parked outside the reserve next to the camping ground between 9.30pm and 10pm.

The neighbours did not recognise the occupants as members of the local Mongrel Mob chapter, but at least two wore patches and appeared to be having a meeting.

Another man joined the group after walking through the reserve.

Tourists Maj Jacobsen and Laerke Ladefoged said they were asleep in their campervan when they heard the screams.

“We sat there wondering if we should go and help, but we were scared,” Ms Ladefoged said.

“We went to see what had happened but were told to leave by police,” Ms Ladefoged said. “It was not until we saw the ambulance arrive that we knew it was serious.”

Ms Jacobsen added: “You hear about this sort of thing but you never think it will be so close to you. We didn’t sleep very well for the rest of the night.”

The campground, one side of which borders State Highway 1 and which is close to a supermarket and petrol station, is often the target of petty burglaries and a burglary is believed to have occurred the night before the attack. Police are investigating whether the two events are connected… read the full story here

“he was there because his (removed) moved him down from another city to prospect for the mob there..(the (removed) not the kid)  i would say most of his bullcrap hes been doing in TGI before this..(burgs etc) was a way of proving himself.. to those who i guess mattered to him.. what he did to that girl though.. i dont know any mob, mate or foe who would like to see that done to a child.. all him.”

The Salvation Army runs the Hauora treatment programme (for P addicts) which caters for members of the Notorious chapter of the Mongrel Mob at the holiday complex in Turangi. It is not known if any members of Notorious were present at the time of the attack

You may read more about the Hauora programme here The Long March on the Salvo’s website and here Gang members pledge to keep their heads down during rehab on Stuff.co.nz

In February 2000 Mark Wikiriwhi Hetaraka attacked and raped a Japanese tourist staying at backpacker hostel in the township.

It’s thought he was released from prison in 2006 and is now at large in Christchurch.

From a Waikato Times article 17/03/2000
“A Turangi man has been sentenced in Rotorua District Court to 10 years in prison for a violent sex attack on a Japanese tourist last month. Sentencing Mark Wikiriwhi Hetaraka, 22, yesterday, Judge Chris McGuire called Hataraka a time bomb and said the community dictated violent sex crimes be punished severely. Judge McGuire sentenced Hetaraka on charges of sexual violation, assault with intent to commit sexual violation and kidnapping of a Japanese tourist in Turangi at the beginning of February. He said the photographs of the woman’s injuries were awful and the attack was predatory and violent. Hetaraka was a time bomb who would almost certainly continue offending if he was not imprisoned.” source Sensible Sentencing Trust 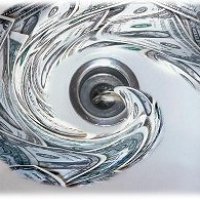