The trial of a teenager charged with the murder of British school girl Liberty Rose Templeman has got underway at the High Court in Whangarei.

The boy, who was 14 at the time that Libby died, has entered not guilty pleas to the charges of murder and indecent assault.

Various sources have said that the boy was in the same class as Libby at her old school in Kerikeri but was not her boyfriend. She had returned to the area to visit friends after her family moved to Auckland for work reasons.

Update
A report about the opening day of the trial, during which the court was told that it would hear tapes in which the boy admitted to strangling Libby, was given on Voxy

“The youth, now aged 16, has name suppression and quietly pleaded not guilty to charges of murder and the indecent assault of Liberty Rose Templeman at Kerikeri in early November 2008. At the time the accused was aged 15 and an acquaintance of the dead girl but not her boyfriend.

Justice Raynor Asher continued suppression of the accused’s name – he can only be identified as “K” – pending a review at the outcome of the trial which is expected to last three weeks. The Crown will call more than 40 witnesses.

Liberty Templeman, known to friends as Libby, was English and migrated to New Zealand with her parents in 2005. The family settled in Kerikeri where she attended the local high school. In late 2008 Libby’s parents moved to Auckland for better work opportunities.

Mr Smith said Libby kept up her contacts with friends in Kerikeri and on a Friday in early November 2008, she took a bus to Kerikeri to meet up with some of them, including a boyfriend. On the Saturday they socialised and there was an impromptu barbeque at which the accused was also present. That began to break up about 6.30pm and Libby set off to meet her boyfriend at a local supermarket. She never got there.

“K” was seen with Libby who, like most young people was busily texting, said Mr Smith. They ducked off the road and suddenly the texting stopped.

The Crown’s case was that “K” knocked the girl down then strangled her. After that he dragged her unconscious down to the bank of the Wairoa stream. He pulled down her pants exposing her genitalia and lifted her bra to expose a breast in an attempt to indicate Libby was the victim of rape.

The accused then cycled home where he hid a blood-spotted green shirt he was wearing in a plastic bag in bushes where it was later found by the police.

He went inside and showered.

Libby’s boyfriend was concerned when she did not show up, it was not like her to be late, said Mr Smith. After a search with a parent the police were contacted that evening. Libby’s father was contacted and he drove through the night to Kerikeri.

More than 24 hours later her body was found on the banks of the stream.

Mr Smith told the jury they would hear police interviews with “K,” some videoed, and his admission of attacking Libby and re-arranging her clothing to make it look like a rape.

Earlier Justice Asher told the jury of six men and six women to ignore what they may heard or read of the crime and not to jump to early conclusions.

“Your task is to be dispassionate … and that includes putting aside sympathy for the accused.”

Our thoughts are with Libby’s family and friends, the next few days will be a very difficult time for them and they are sure to have the full support of their communities in the UK and in New Zealand. 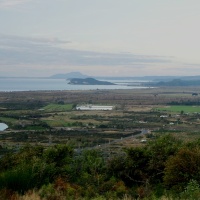